Do You Need Hood Cleaning In Winston Salem NC?

U.S. fire departments responded to an estimated average of 7,410 structure fires per year in eating and drinking establishments between 2010 and 2014. These fires caused average annual losses of three civilian deaths, 110 civilian injuries, and $165 million in direct property damage each year.

Many cities have different fire codes and are important to be compliant to avoid fines or even closing the facility for a period of time.

The kitchen exhaust system is composed of different sections; the exhaust fan is normally  located on the roof, sometimes on the side of the building, and on a few occasions it is located inside the facility but this type of fan is known as Pollution Control Unit (PCU).

Next is the plenum,  this is the area behind the hood filters (baffle filters or vent filters), it accumulates the grease-laden vapors and the grease continues up to the ductwork.

Next are the Grease Filters, which are the devices that are installed in the exhaust hood. Grease Filters are designed to remove grease from the exhausted air by entrapment, impingement, adhesion, or other similar mean and allow it to drain into a grease trap.

Grease Drip Catch is a containment normally located inside at the end of the hood system.

Hood System is an air intake device connected to an exhaust ventilation system for the collection and removal of cooking effluents which contain grease, vapors, fumes, smoke, heat, and odors created by cooking equipment. The hood system is located above the kitchen cooking equipment. 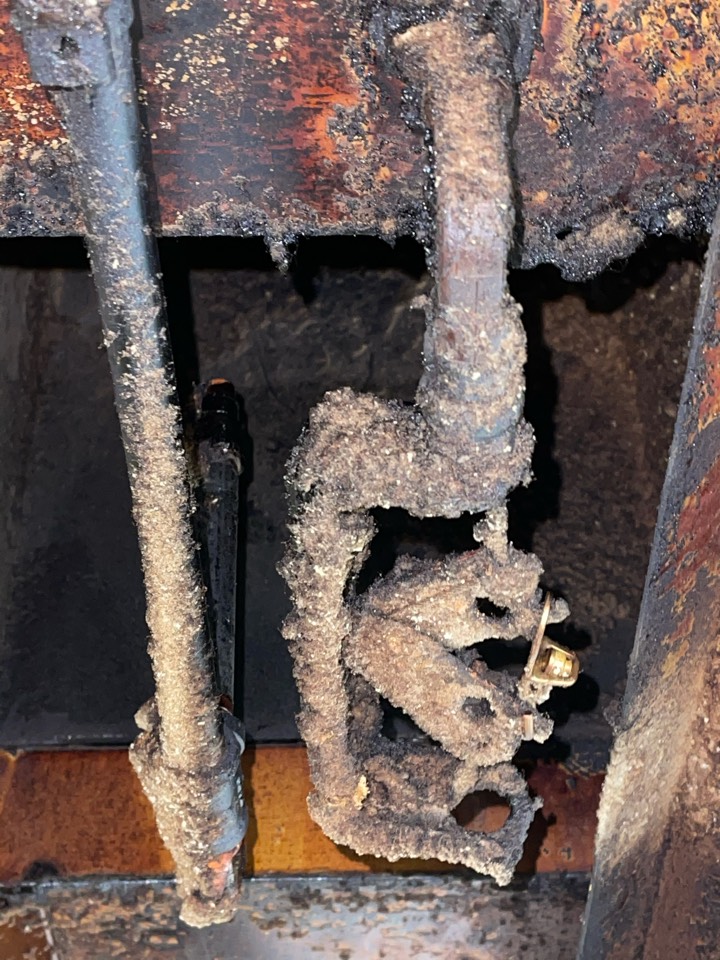 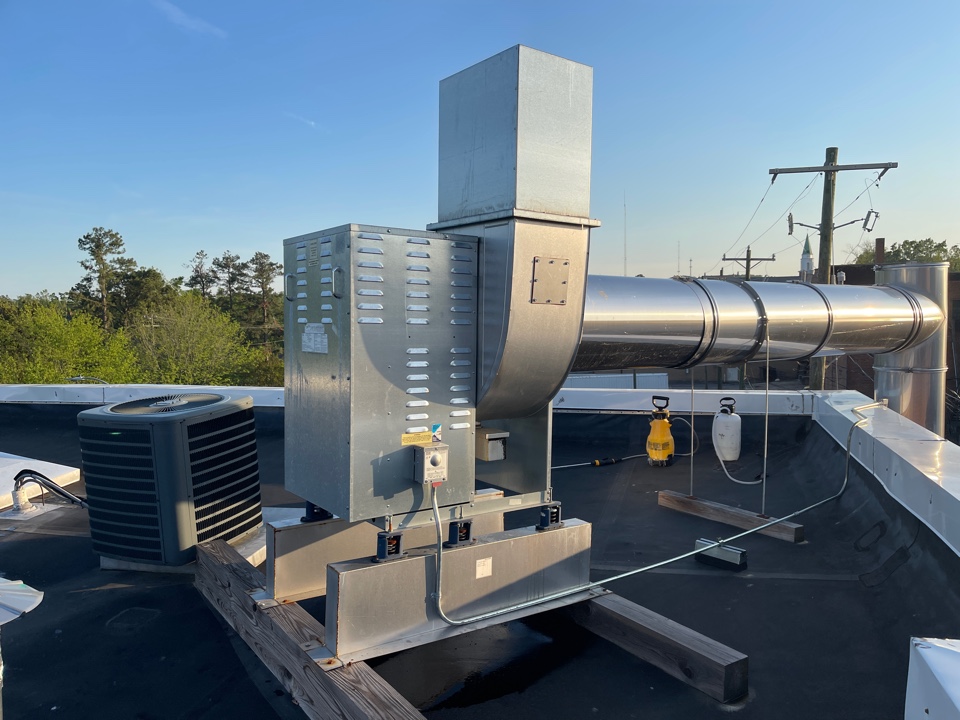 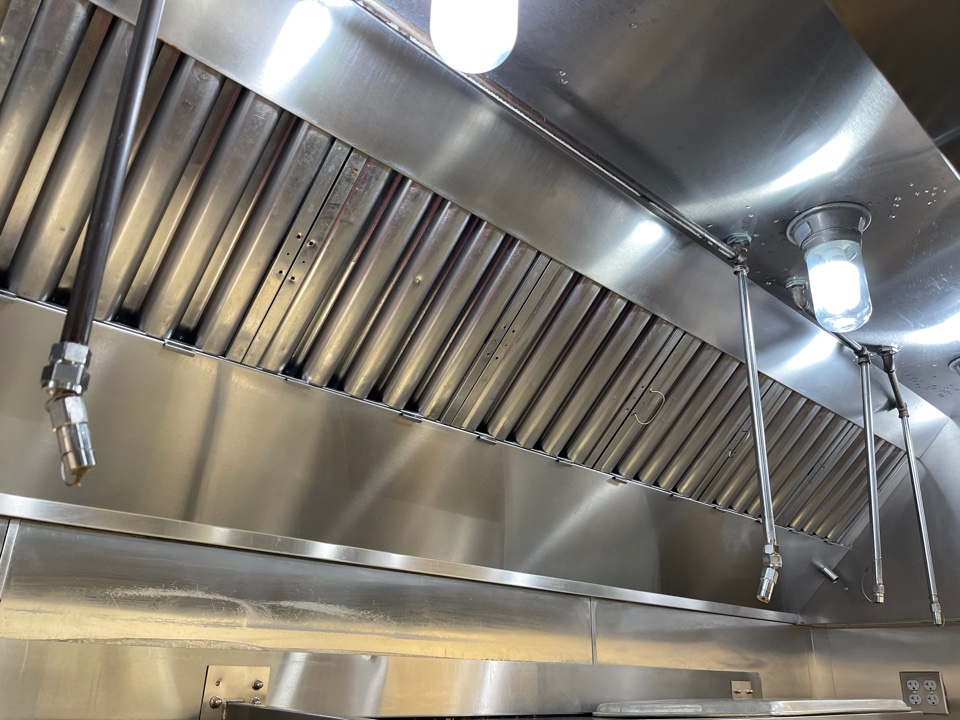 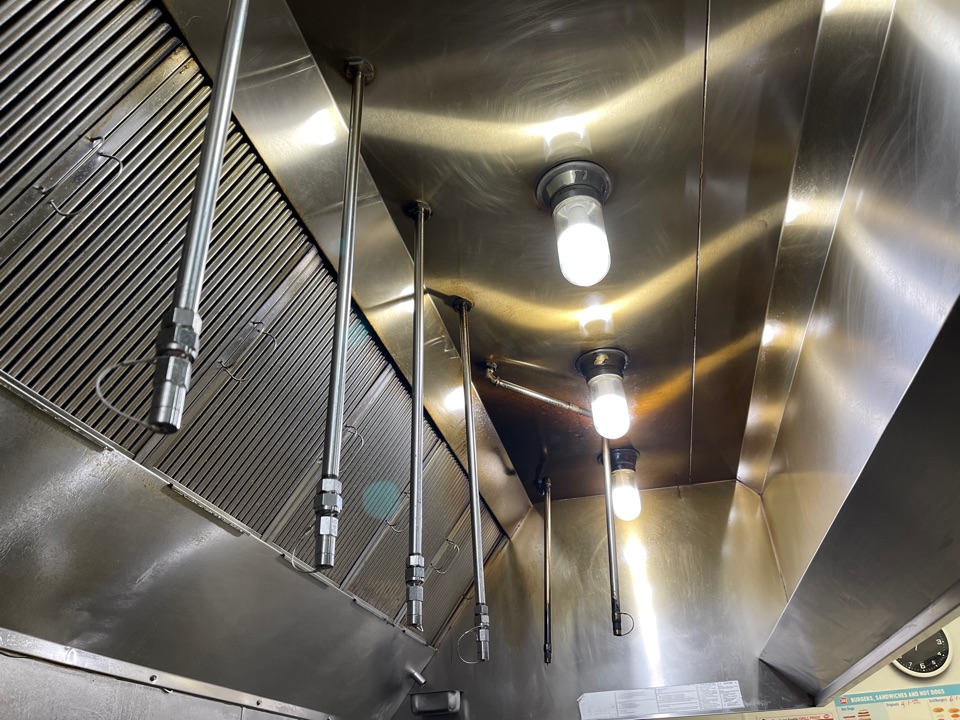 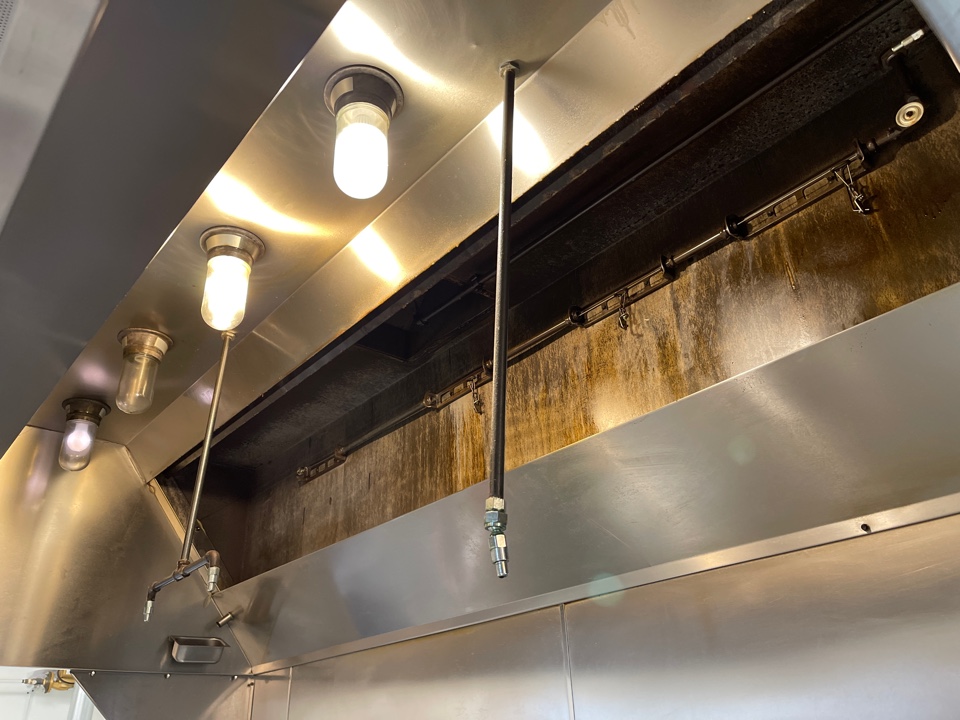 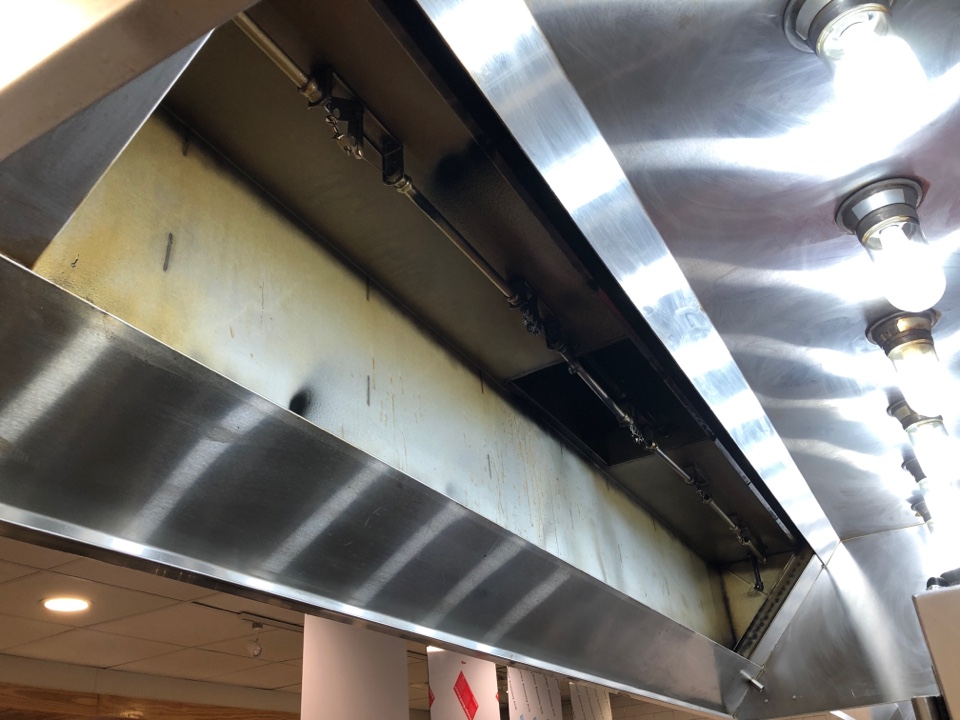 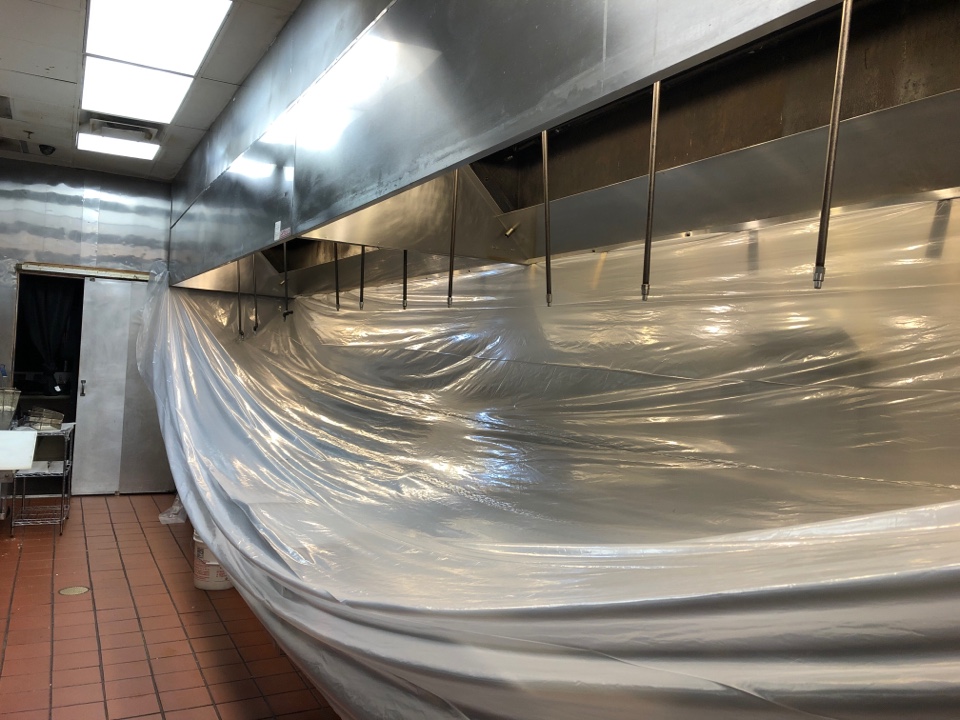 Get your commercial or restaurant hood system inspected in the city of Raleigh NC, our staff will upload the service report to the Compliance Engine for you. 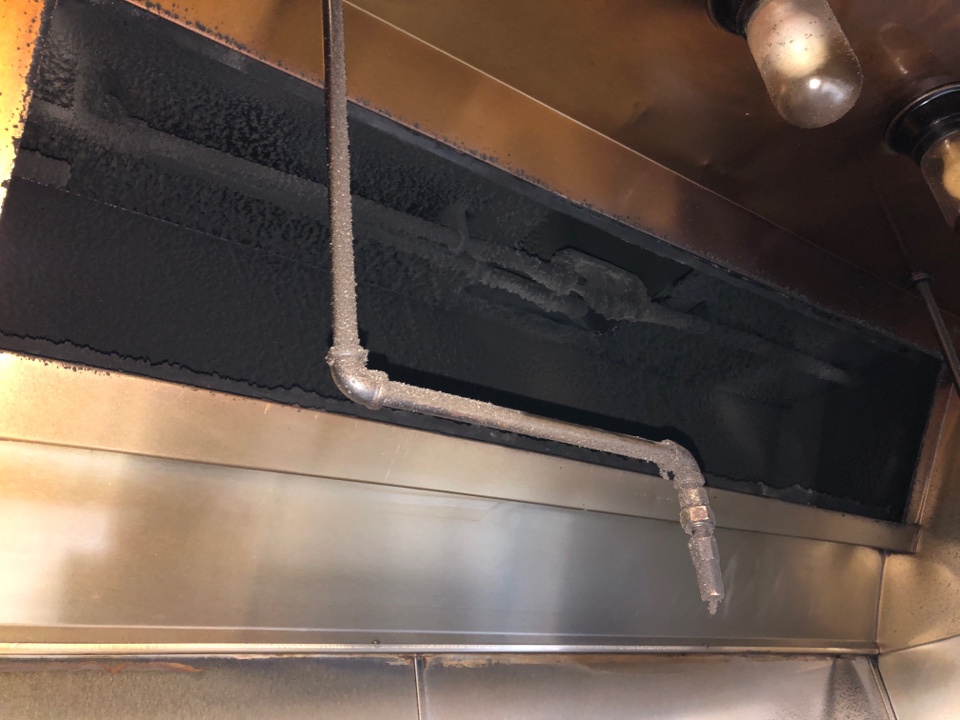 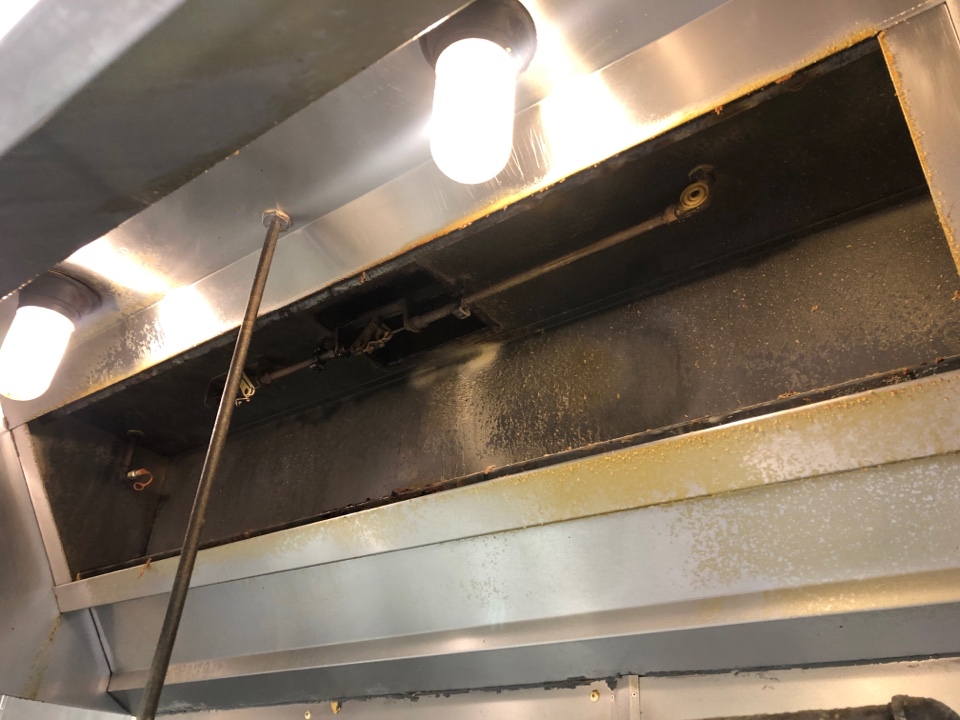 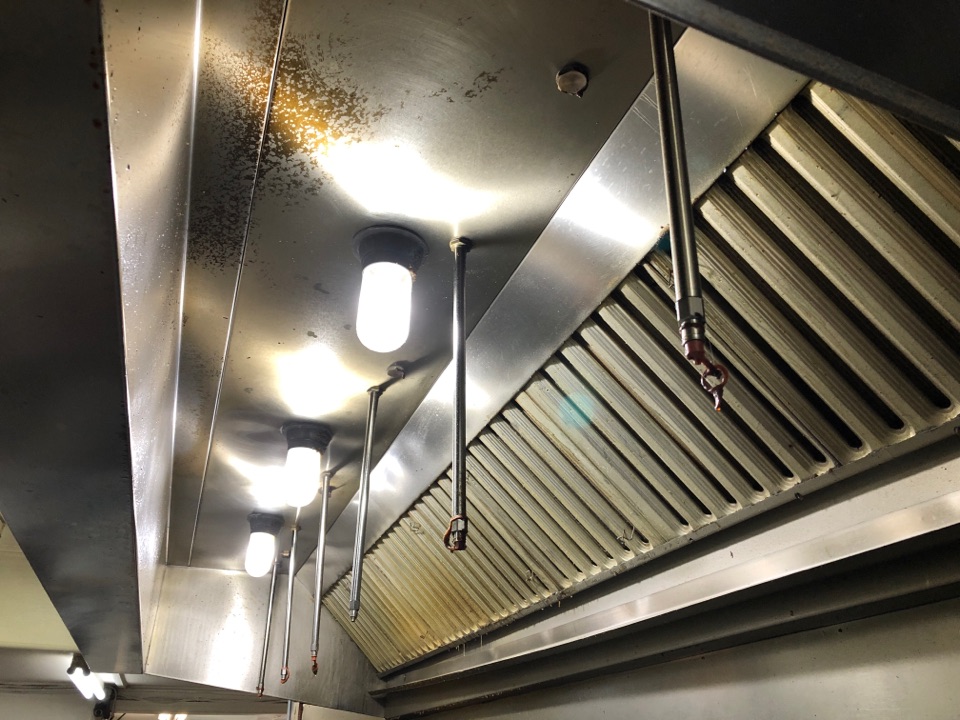 Photo Gallery powered by Nearby Now

Most frequent questions and answers

Do you have contract available?

Yes, we have a 1-year contract as well as a service-to-service agreement.

How often should the hood be cleaned?

Generally, it is advisable to clean the hood every three months (Quarterly), but it varies by the type of fuel used to cook, for example, if the restaurant uses wood-burning or charcoal-burning stoves it may require to be cleaned as often as every two weeks.

Here is the schedule of inspection for Grease Buildup within a commercial ventilation system:

Why can't I clean my hoods?

While cleaning your hood may sound simple, there is a professional way to do it, not just by simply cleaning the actual hood, but by cleaning the entire system, including the exhaust fan, ductwork (vertical and horizontal), plenum area, and hood system.

In Other words it must be cleaned by professionals, which requires having the knowledge to do it accordingly and following the local and national fire codes.

How much does it cost to clean a kitchen hood?

In 2022 our prices start at $600 but vary by multiple factors including the hood size, number of hood systems, number of exhaust fans (or Pollution Control Unit), if it is a horizontal or vertical duct system, the roof type, the number of floors to get to the exhaust fan.

DO THE KITCHEN VENTS NEEED TO BE CLEANED?

Elite Hood Service LLC Rated 4.8 out of 5 stars based on 4 customer reviews

Powered by Nearby Now

Best hood cleaning in the area

Elite Hood Service is the best! They are always on top of our service time, and usually call me to setup my next service. They do an excellent job cleaning our hoods is awesome! I would recommend Elite Hood Service over all the rest.

Hood cleaning for restaurant and commercial facilities in Greensboro NC 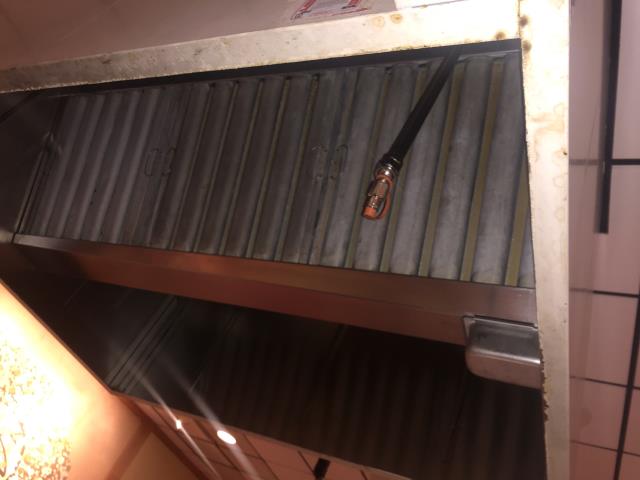 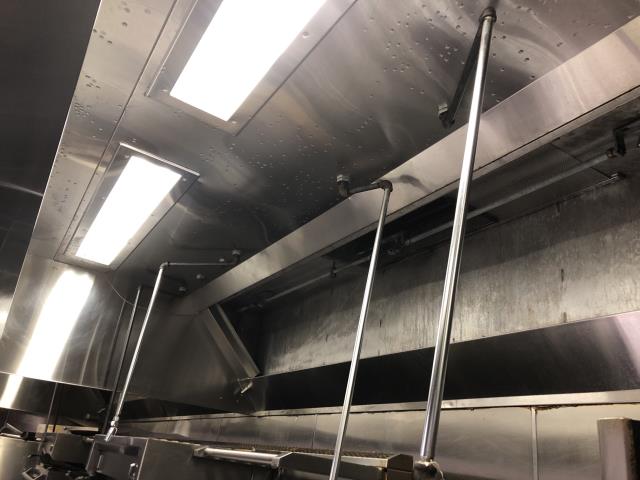 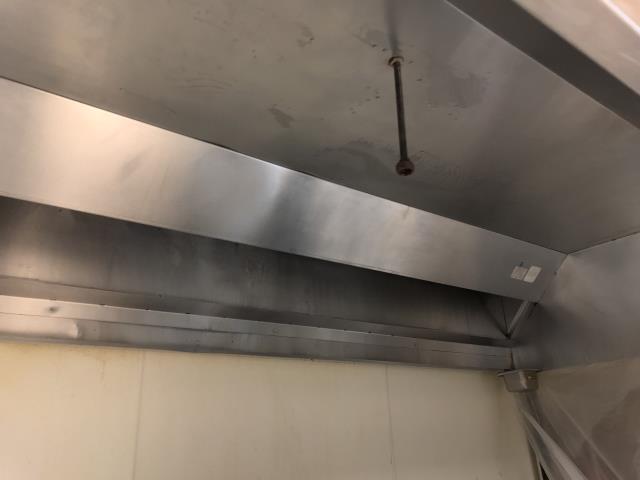